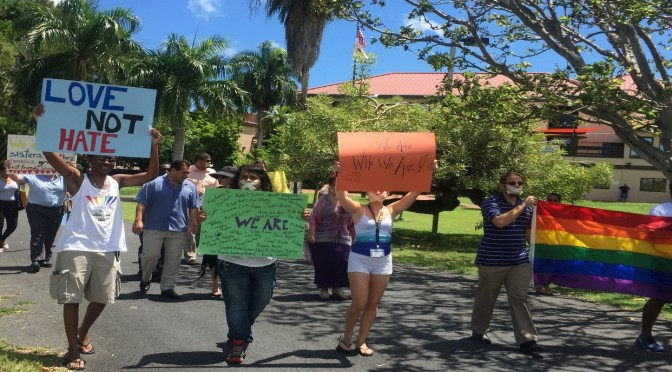 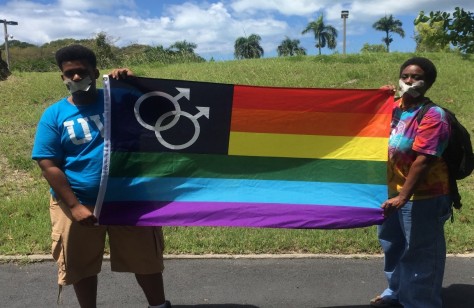 Participants taped their mouths as a way to exhibit the effects of anti – LGBTQ acts.

On Thursday, April 14, students, staff, faculty and community members joined together to take a vow of silence to address the issue of anti-LGBTQ and bullying acts. Participants illustrated silence by taping their mouths to showcase the effect of bullying and harassment on those perceived to be LGBTQ.

ONELOVE member, Michael Rosario, had a comment on the event. “What we wanted to do with this march is to show that we weren’t going to be silent anymore. This is the third or fourth event we’ve done on campus, and we just want the UVI community to know that there is an LGBTQ organization that is willing to represent and have a voice for anyone who needs our help.”

ONELOVE is one of UVI’s newly founded organizations that supports and advocates the rights of the LGBTQ population of the university.

Rosario went on to add, “The first step to acceptance is education and education comes from visibility. Raising awareness with events like this not only in UVI, but in the community will help youth who face discrimination become happier. This lets them be aware that there are others who came from similar situations and backgrounds and that they deserve to live.”

This milestone is only the beginning for this up and coming organization. To learn more about ONELOVE or become an ally you can find them on Facebook under the name ONELOVE – UVI.

One thought on “UVI CELEBRATES DAY OF SILENCE”