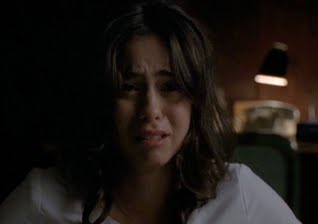 ST. CROIX – Welcome to the beautiful island of St. Croix.  There are turquoise waters, tranquil beaches—and rampant, home invasions. With theft on the rise, a small police force and a lax government, sooner or later, residents should prepare themselves for more home invasions. Should the crime occur, most hope intruders will enter when they are not at home, but some residents are not that lucky.

This past November, a couple in Beeston Hill awoke to three gun-wielding men in their home. According to an article in the Virgin Islands Daily News, the three suspects demanded money from the male homeowner, while the female resident had the presence of mind to call 911 and leave the call connected so dispatchers could hear what was happening in the home.
Officers surrounded the home and demanded the intruders to drop their weapons.  Two intruders opened fire on the officers, and subsequently, two of the three suspects were shot and killed. The third suspect, a minor, sustained minimal wounds during the shootout and was apprehended by authorities.
Earlier in 2012, a prominent author and St. Croix historian, Robert Johnson, was robbed and murdered in his Boetzberg home.  His murder is still unsolved.  Another man was recently tied-up and beaten in his West End home by thieves who fled with his wallet and a large amount of cash.

These are just a few of the many publicized incidents that have occurred across St. Croix in the past year.  If one were to open a local paper on any given day, he or she is likely to find a story or crime blotter on a home robbery or invasion of some sort. Perhaps these incidents have become too much of an island norm as residents and police are seemingly desensitized to these heinous crimes.

A recent victim, who wished to be acknowledged only by her last initial B., had her East End home burglarized in broad daylight while home alone. Fortunately, her babysitter and toddler had just left to go to the beach when the incident occurred. B. praised the police officers for arriving in a timely manner; however, she felt they were neither empathetic nor surprised at the incident.  She claims one officer even made her feel bad for not having a security system installed in her house.
“I felt so violated and couldn’t sleep in my own home, so we decided to move,” said Ms. B. “What if my son and the babysitter had been in the house when the intruders broke in?”
The saddest part of this problem is that the criminals, who may be acting out of their own desperation, don’t realize that their actions are causing the island’s economic state to worsen.  Not only have they targeted local business owners and retirees who are community minded, they’ve also tarnished travel website forums like Travelocity, which has many negative reviews of St. Croix because of its numerous robberies. In turn, residents are fearful to remain on island and tourists are fearful to visit.
The closure of the Hovensa oil refinery has already done quite a toll on the Crucian economy. However, with locals moving and tourists reticent to travel here, our economy will continue to falter. Without the economic demand of the people, businesses are likely to close and more money in the territory will be lost, causing the vicious cycle to continue and possibly escalate.
The quality of life is deteriorating.  People are dying. Officers of the V.I.P.D. are being shot, and the bad guys are getting away.
So where is our government in all of this and why haven’t we gotten any help from the federal level?
Assistance has been offered from the federal level to bring peace officers to the island. Our local politicians, many of whom were just reelected into office, voted against that help.
Senator Sanes has been a big advocate for giving peace officer status to federal agents on the island. According to an article in the Virgin Island Daily News, Sanes offered the following statement in the wake of the Beeston Hill home invasion.
“I’ve been pushing to get some federal help in here for years, and had it been done, our violence may have been on the decrease instead of increase by now. I have confidence in our police officers and their ability. I just believe that the more boots we have on the ground, the more work can be done to reclaim our community.”
Until our local government correctly prioritizes the fight against brazen criminals, residents of the territory should do everything they can to make their voices heard, or they can stay home as little as possible, sleep with their cell phones and hide the welcome mat.