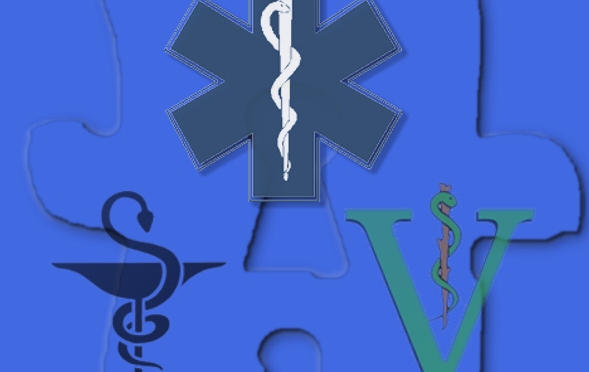 ST.CROIX- It was a cool and cloudy Sunday morning in the Sunny Isle Shopping Center.

The rain sprinkled on the streets while the gray sky flashed with soft lightning. I was expecting a normal day of work at the Payless Shoe Store. However, what I wasn’t expecting would be what I was most prepared for.

The sweater on my back kept me warm while I cleaned the glass windows outside the store. While outside, a tall man in a red shirt broke the silence of the calm and gloomy morning.
“Help!” he yelled, as he hurried in the opposite direction of a man lying on the concrete.

Instinctively, I dropped the window cleaner and hurried across the street only to see that there was an elderly male lying unconscious on the ground.

I felt prepared, like I was supposed to be there. During that moment, flashbacks from my nursing lectures at the University of the Virgin Islands and CPR training flooded my mind. I heard the voice of my instructor Ms. Cooper asking me “What are you going to do first?”

I assessed the situation first. I looked at him and tapped him asking him if he was OK but he didn’t respond. I checked his pulse and found one. Just as I was about to call 911, the tall man in the red shirt came back.
“I just called 911,” he said. I kept the unconscious elderly man on his back and kept trying to see if he would respond.
A bystander noticed that there was a lot of bleeding behind the man’s head. My immediate thought was to stop the bleeding.
“We have to stop the bleeding,” I said out loud.
People driving by got out of their cars and kept me company until the ambulance came. Bystanders were getting anxious and complaining about how long the ambulance was taking. It felt like every second was equivalent to five minutes in that moment. Many people around me kept asking questions about the man on the ground.
“I don’t know this guy” I said. I just knew that if I did not stop the bleeding, he could possibly die. I asked if anyone had anything to stop the bleeding, but no one had anything.
A guy on the corner told me “do not touch the man.”
‘We can’t stay here and watch his head bleed out,” I said.
I took the sweater off of my back, bundled it up and applied pressure to the bleeding, being careful not to get blood on my hands. Within a minute after I stopped the bleeding, he moved his head and opened his eyes.
“Can you hear me,” I asked.
The man stared at me with an unfamiliar look. He shook his head in response and I kept talking to him. He was lifting his head to get up.
I called my boyfriend who graduated last semester from the nursing program. He works in the emergency room, so I knew he would be able to help me on the phone until the ambulance came.
“Sir, you have to stay still, don’t get up, the ambulance are on their way.”

In about 10 minutes the ambulance arrived on the scene, the blinking lights and sirens flooded the area as people watched frantically.

A bystander knelt down to the ground to meet me where I helped stop the bleeding. He held on to the man’s arm with a sense of compassion, trying to keep him conscious.

I could feel around me getting warmer. I turned my eyes away from the guy on the floor for the first time and saw many more bystanders staring at me.

The paramedics got the stretcher out and assessed the senior citizen who tried to speak but spoke with a slur. I left him there when the paramedics took over and headed back to work with no sweater.

The sweater I had put on that morning was now under a strangers bleeding head. The adrenaline that was running through my body was now resorting back to its normal composure. I felt calm when I saw the paramedics wheeling out the stretcher and lifting the small framed man off of the hard cold concrete.

The nursing program at UVI prepared me mentally for this situation that required fast action and critical thinking.

If anyone is interested in the nursing program at UVI, go for it! The professors and advisors are willing to help and give you step-by-step guidance in the skills you need to learn to help you at the bedside or in emergency situations.

I wasn’t a hero as people said that day. I was just a nursing student, prepared for the worst.